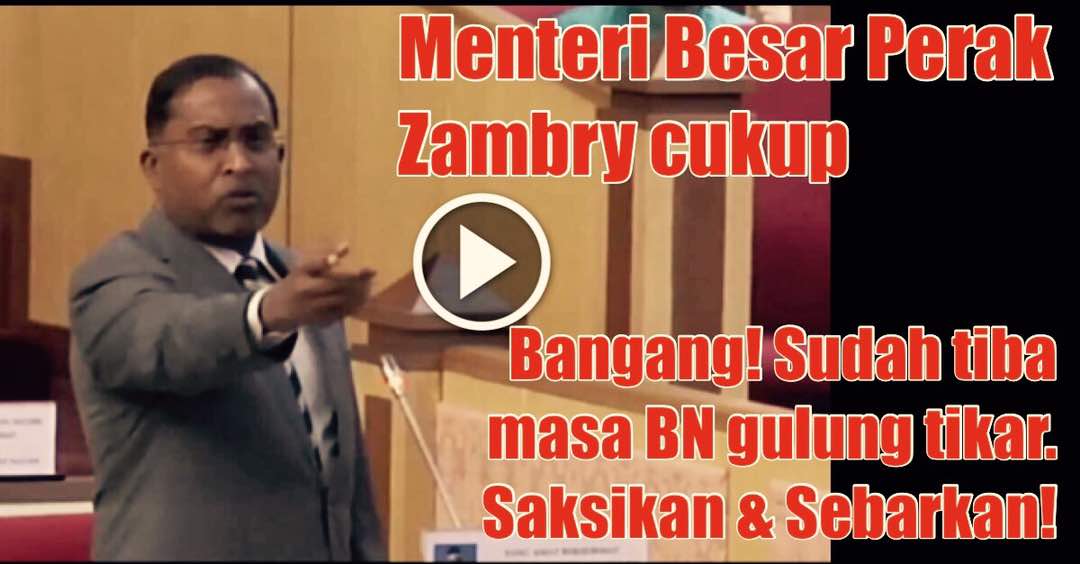 Najib’s government is yet again on thin ice over 1MDB. It is long past time for the truth.

Najib is on thin ice. The Malaysian prime minister declared the “major challenges” of 1MDB were behind him earlier this year, yet the undying scandal has again reared its head.

The latest revelation from the tangled web of corruption is US$540 million (MYR2.3 billion) of assets the Americans say were funnelled out of the 1MBD project. The money was used to buy a 22-carat pink diamond necklace. The necklace was worth US$27 million.

Najib’s critics were quick to attack. “We need a government that is concerned with the people’s welfare. A government that does not simply abuse the country’s finances and spend money in the billions”, complained Dr Mahathir Mohamad.

Malaysia’s netizens were also unhappy. One wrote “How does Dato’ Sri Najib think that people would be happy to pay the taxes when all cash will go to his wife’s jewellery?”

American investigations also show the Malaysian financier, Low Taek Jho purchased a US$3.2 millionPicasso painting. He gave it to the actor Leonardo DiCaprio as a gift. This extravagant purchase with embezzled money brings the total amount of funds stolen from the project to US$4.5 billion.

Najib set up the 1 Malaysia Development Brand (1MDB) in 2009 to transform Kuala Lumpur into an investment hub. The project secured more than US$11 billion in investment from international banks.

The cracks first showed when an investigation from the Wall Street Journal revealed more than US$700 million had been laundered from the fund. That figure has been growing ever since.

The official investigation began in 2016. Initial findings concluded that the funds were funnelled out of the projects between 2009 and 2014. They were stolen in three initial stages; the “Good Star” phase, the “Aabar-BVI” phase and the “Tanore” phase.

It is now understood there was a fourth stage – the “Options Buy-Back” phase. This involved borrowing US$1.2 billion from Deutsche Bank and other investment banks on the pretext of buying back certain bond options. These options had previously been legitimately sold to Aabar.

The investigation found US$850 million allocated to buy back these options was diverted to companies called Aabar-BVI and Aabar Seychelles. The name sounds right but neither of these companies were affiliated in any way with Aabar.

Najib maintains he is innocent

Najib has consistently denied any wrongdoing in the 1MDB affair. This expensive diamond necklace and a Picasso painting could prove him a liar.

The purchase of both items was traced to money funnelled out of a 2013 bond offering from 1MDB. The diamond necklace was bought only months after US$680 million was deposited in Najib’s private account. The government maintain that a member of the Saudi Royal Family gave him the money.

There has been a strong Middle East connection from the start. New evidence shows that Saudi Arabia’s PetroSaudi helped the Malaysian government come up with the 1MDB project. Financier, Low Taek Jho, first arranged a meeting between an official only identified as “Malaysian Official 1” and the co-founders of PetroSaudi in 2009.

The unnamed official and the PetroSaudi representatives developed the plan for 1MDB. Jho emailed his parents after the meeting, on September 7th stating, “just closed the deal with PetroSaudi: looks like we may have hit a goldmine”. He was right. The goldmine came straight from the Malaysian public purse.

There has been much speculation over the identity of “Malaysian Official 1”. Abdul Rahman Dahlan, a senior minister in Najib’s cabinet identifies it as Najib himself. “I have said it openly,” he said, “I agree that ‘MO1’ is the Prime Minister.” He made his admission after reading the documents involved and has confirmed what many in Malaysia already believe to be true.

The paper trail is there. It leads right to Najib’s door but he is maintaining his innocence. The scandal puts him on dangerously thin ice. The case is being investigated in six countries, including Singapore and Switzerland.

The government are not cooperating with the investigation

Swiss Attorney General, Michael Lauber has been impressed with the results of the inquiry. He believes the end result will incriminate much of the upper echelons of the Malaysian government. “It would have been very desirable from our perspective if Malaysia had cooperated,” he said, “we are still confident that we can successfully conclude the process.”

U.S Assistant Attorney General, Kenneth Blanco, is equally confident of the government’s widespread involvement. “The money financed the lavish lifestyles of the alleged co-conspirators at the expense and detriment of the Malaysian people”, he said.

Tuan Ibrahim Tuan Man is the Deputy Leader of the Parti Islam Se-Malaysia (PAS). He believes Najib is now attempting to create a media frenzy around other issues to draw attention away from the growing scandal.

The headlines have been full of discussion of an altercation at a public event where Najib was present. The announcement of TN50 is also big news. These events pale in comparison to the juggernaut scandal of 1MDB. Najib is doing everything in his power to keep it out of the press.

The scandal could claim the resignations of the whole cabinet

The scandal is the biggest political disgrace in the Malaysia’s 60-year history. The government needs to take a more active role in the proceedings. Cooperating with the investigation would be an excellent place to start. Government officials also need to take serious steps to root out corrupt cabinet members involved in the theft.

Domestic investigations have proven fruitless and ineffective. Powerful voices can keep government names out of the newspapers. This is because Najib’s friends and allies hope they may still be able to win another election.

The Malaysian Anti-Corruption Commission investigated the case and found “No crime was committed”. A Malaysian Parliamentary Enquiry in 2016 then confirmed that billions of dollars had been moved in questionable transactions from 1MDB. Nobody has been directly accused or arrested.

Malaysia is suffering thanks to the ongoing scandal

The scandal has already caused political tension between Malaysia and their ally, the US. Talks with Abu Dhabi over who was responsible have also broken down amid tense relations.

Any members of the cabinet who are not involved need to stand up and aid the ongoing investigation. If they do not, they are effectively involved. There will be no place in Malaysian government for those who profited from the scandal or were complicit in the coverup once the investigation closes.

Smart politicians should speak up now. If they do not, they may be forced to resign once the 251-page bombshell drops in the US courts. 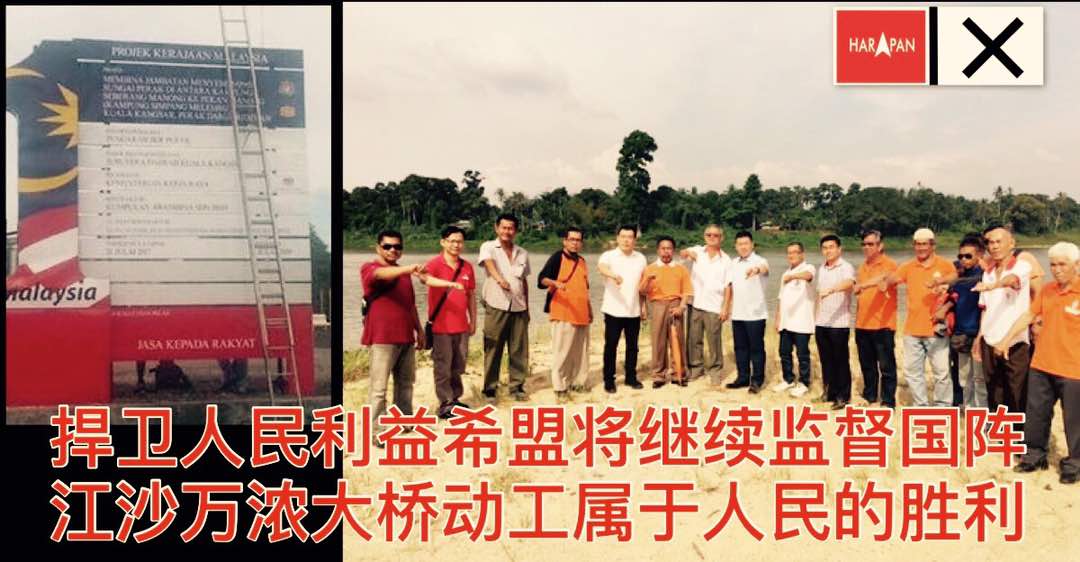 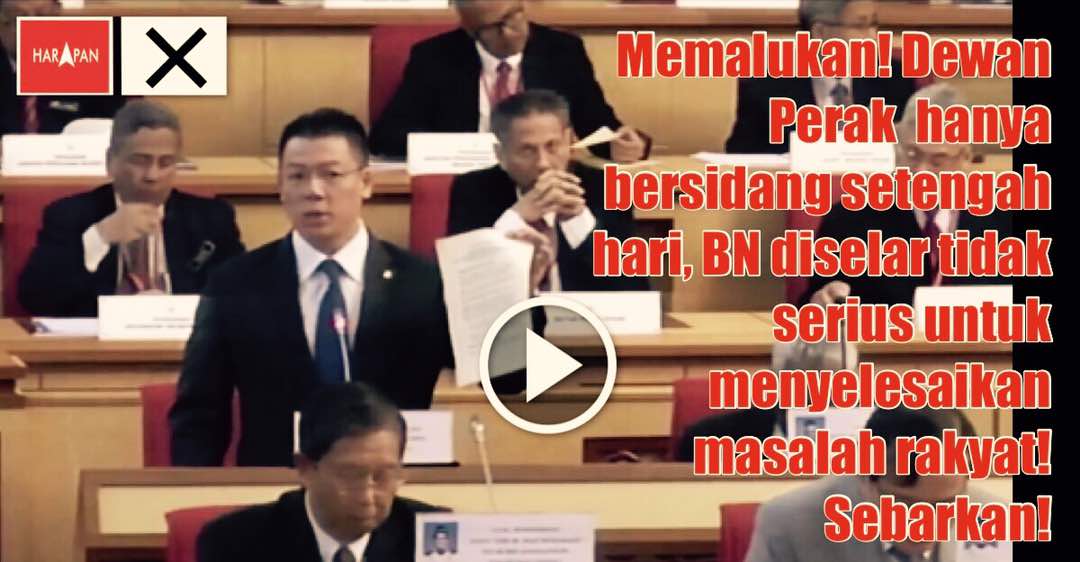