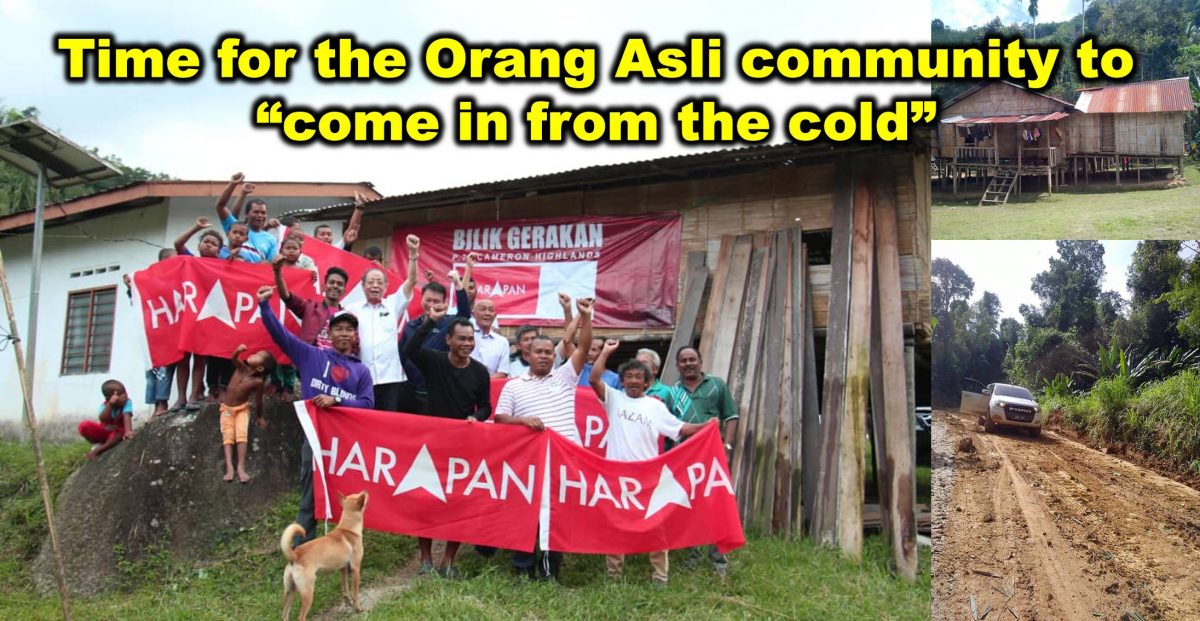 Time for the Orang Asli community to “come in from the cold” and take their place in the national mainstream of Malaysian development and stop being the forgotten or downtrodden community. I am glad to be back to Pos Sinderut after my first visit five months ago in July 2018 with the M. Manogaran, the Pakatan Harapan candidate for Cameron Highlands parliamentary constituency. I have with me the Deputy Minister for Water, Land and Natural Resources, Tengku Zulpuri Shah Raja Puri, MP for Bentong Wong Tack and Pahang State Assemblyman for Tanah Rata Chiong Yoke Kong and State Assemblyman for Tras Chow Yu Hui.

When I first visited Pos Sinderut, Manogaran was in the thick of the historic election petition to nullify the outcome of the 14th General Election result for Cameron Highlands because of vote-buying, money politics and threatening of voters in the Barisan Nasional election compaign which resulted in the election of C Sivaraajh of MIC. Manogaran lost Cameron Highlands in the 14th General Election by just 597 votes in the 14th General Election on May 9, 2018. As I mentioned in July, Cameron Highlands is the parliamentary constituency with the largest percentage of Orang Asli voters, constituting over 20 per cent of the electorate – even more than the number of Indian voters, although less than the Malay and Chinese voters. The next parliamentary constituencies with the largest number of Orang Asli voters are Tapah and Gua Musang.

For six decades, the UMNO and Barisan Nasional government had failed the Orang Asli communities, for they are left far behind in the mainstream of national development, remaining forgotten and downtrodden after more than six decades of Merdeka. I received an education on corruption during my dialogue with the Orang Aslis in Pos Sinduret from 14 villages in Sinderut as well as Pos Manson when I visited the area in July, for it was then that I first heard of “roti canai” roads, i.e. substandard roads because of poor workmanship and corruption as the new roads rapidly deteriorate as there was only a thin film of cement on top to hide the shoddy work. There must be no more “roti canai” roads in Cameron Highlands or anywhere else under a New Malaysia which is being built by Pakatan Harapan after the 14th General Election.

After six decades of nation-building, the Orang Aslis should cease to be a neglected and forgotten community in Malaysia. What all Orang Asli communities throughout Malaysia are proper roads, water and electricity, schools and easy access to medical care, housing as well as decent jobs and protection of their customary land rights. The Orang Aslis are no more the unthinking “fixed deposits” for UMNO/Barisan Nasional in elections and they should stand up like the Malays, Chinese, Indians, Kadazans and Ibans have done in the 14th General Election, to demand a New Malaysia of Justice, Integrity, Freedom and Democracy for their children and children’s children. I am proud that at the launch of the Pakatan Harapan Cameron Highlands by-election ops centre in Pos Senderut today.

We have with us six of the score of Orang Asli witnesses who bravely testified about electoral offences of bribery and money politics in Kuala Lumpur Court in the successful Cameron Highlands election court battle. They are not only the heroes of Orang Asli communities in Malaysia, they are in fact Malaysian heroes for they play a significant and historic role to repudiate Malaysia’s ill-fame as a global kleptocracy and to establish it as a clean and incorruptible country where there is electoral integrity and rule of law. I had suggested when launching the Pakaran Harapan Cameron Highlands by-election ops centre at Pos Betau earlier today the holding of a National Orang Asli Conference in Cameron Highlands next month to discuss and formulate a blueprint for Orang Asli upliftment in the New Malaysia of Pakatan Harapan. 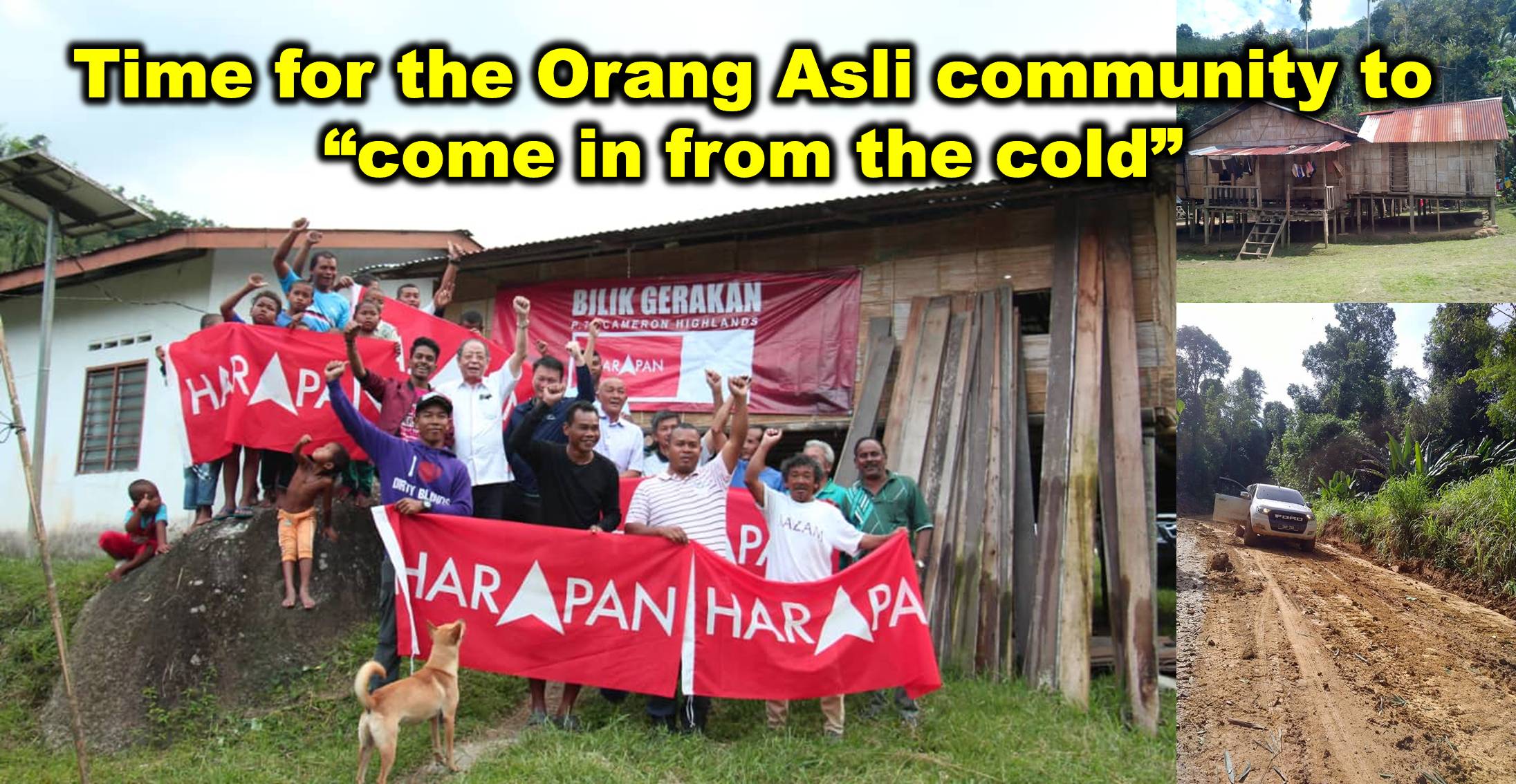