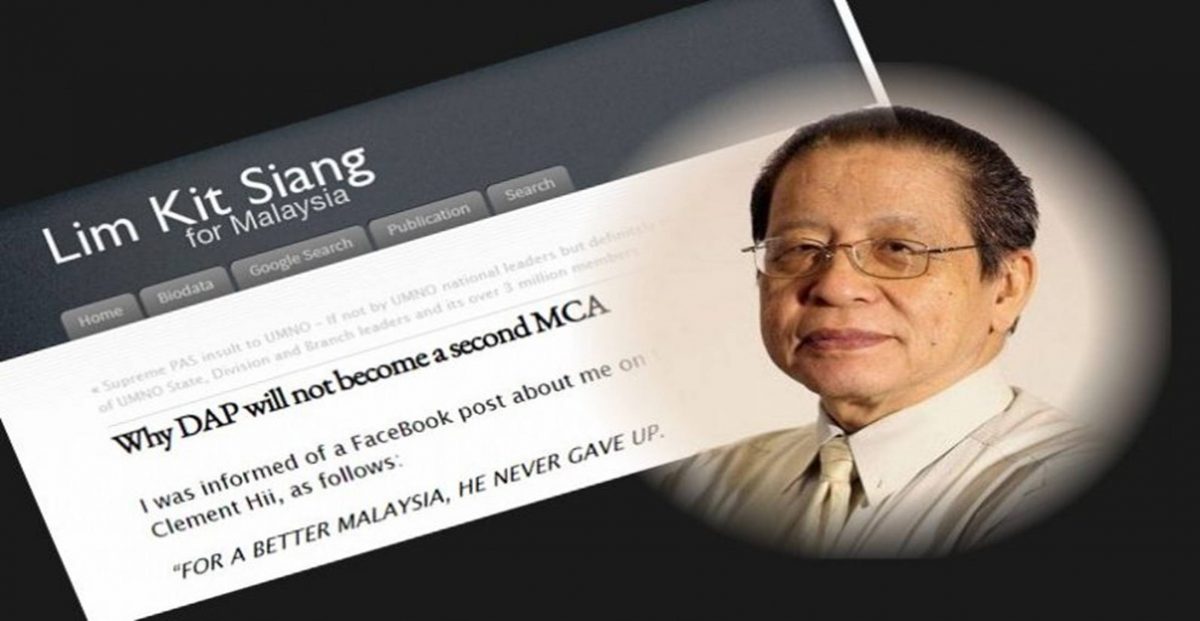 I was informed of a FaceBook post about me on the FaceBook of Tan Sri Clement Hii, as follows: “FOR A BETTER MALAYSIA, HE NEVER GAVE UP.” “He got agitated when I mentioned people might see DAP as another MCA if it didn’t continue to push for its reform agenda now that it’s part of the ruling coalition. That’s vintage Lim Kit Siang – he won’t want anything to do with the previous regime which he sees as kleptocratic and spineless. I first met him in the 70s when I was a budding journalist, and many decades later, I find that he hasn’t wavered in his fight for a better and fairer country.

“Lesser mortals would have given up – Kit Siang spoke up persistently against corruption and other wrongs, was consistently persecuted and twice jailed during his 50 years in the opposition. The DAP advisor declined to join Tun Dr. Mahathir’s cabinet, to give way to the younger leaders. If previous mudslingings were to be believed, he would have been appointed PM by now, and gotten a bilion ringgit bribe, Truth be told, Malaysians have a lot to thank this gentleman for making the dawn of a New Malaysia possible.” I thank Clement Hii for the compliment, but it bears emphasizing that the DAP has no intention and will never become MCA2. There are many reasons why DAP will never become MCA2, but I will cite only five:

Firstly, DAP is a multi-racial party dedicated to the wellbeing and welfare of all races to be found in Malaysia, and not mono-ethnic as in the case of MCA. We represent all Malaysians, whether Chinese, Malays, Indians, Kadazans, Ibans or Orang Asli while the MCA represents or claims to represent only the Chinese in Malaysia. Secondly, DAP leaders fight for the rights and interests of all racial groups so long as they are Malaysians, while MCA fights or claims to fight for the rights and interests of only the Chinese in Malaysia. This is why DAP Secretary-General and currently the Finance Minister, Lim Guan Eng, sacrificed his political rights in the defence of the rights and dignity of an underaged Malay girl in the nineties, when he was disqualified as a Member of Parliament and jailed in Kajang Prison for a year and disenfranchised of his right to vote and to hold elective for five years. Lim Guan Eng is the only case of a Malaysian political leader who had crossed racial and religious lines to sacrifice himself.

Third reason is DAP want its leaders and members to be in politics to serve the nation and not to serve themselves, whether for wealth, titles or position. The fourth reason is DAP leaders are in government because we can play an important role to build a New Malaysia and save Malaysia from becoming a sham democracy, a kakistocracy, a failed state and a global kleptocracy. DAP leaders, whether in government or outside, will have no hesitation in leaving the coalition government if the objective of a New Malaysia is abandoned. DAP leaders will never be as spineless as MCA leaders.

Lastly, DAP politics of multi-racialism is the only way to build a united and successful Malaysia, for the continuation of the politics of mono-ethnicity can never unite a plural Malaysia. 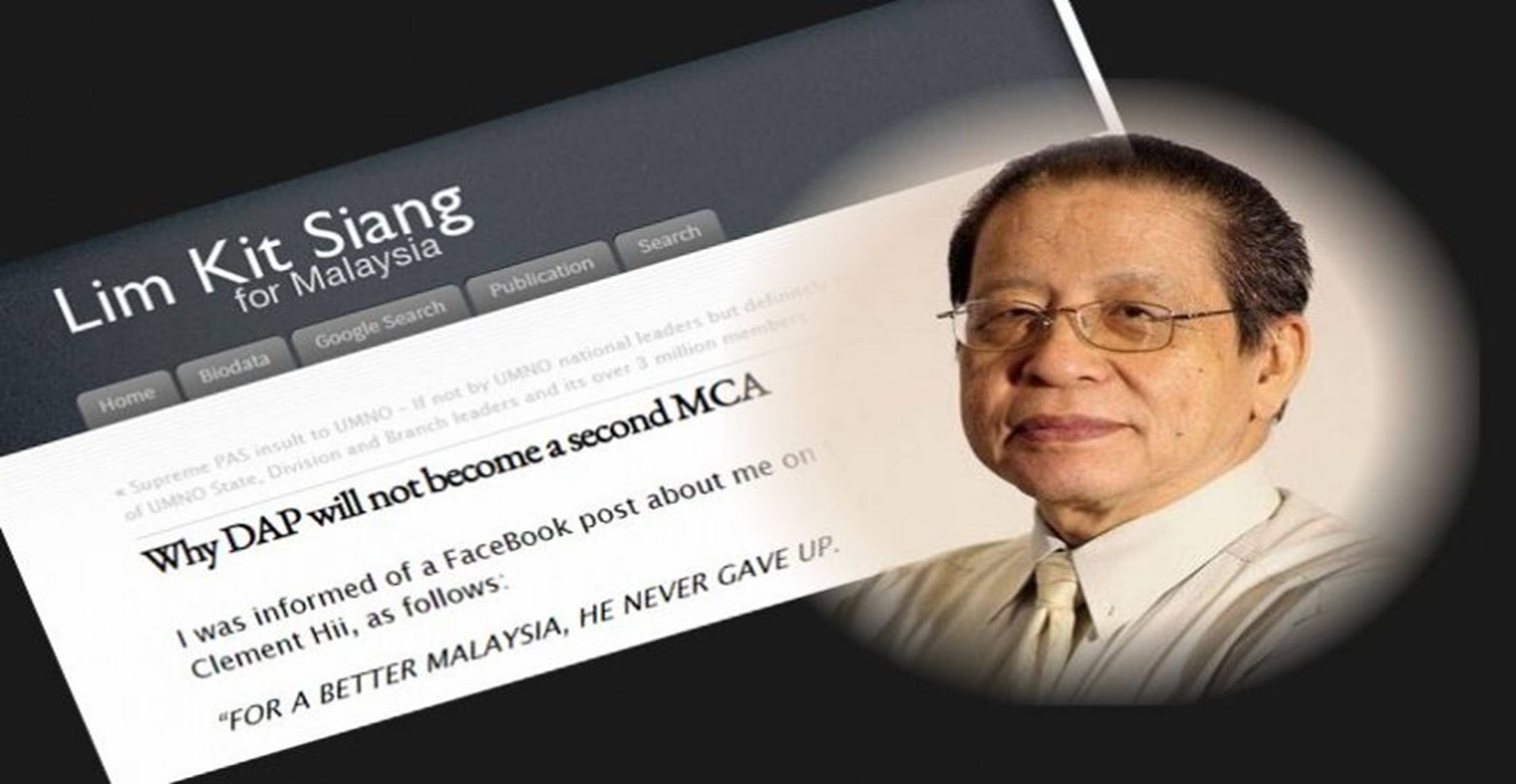