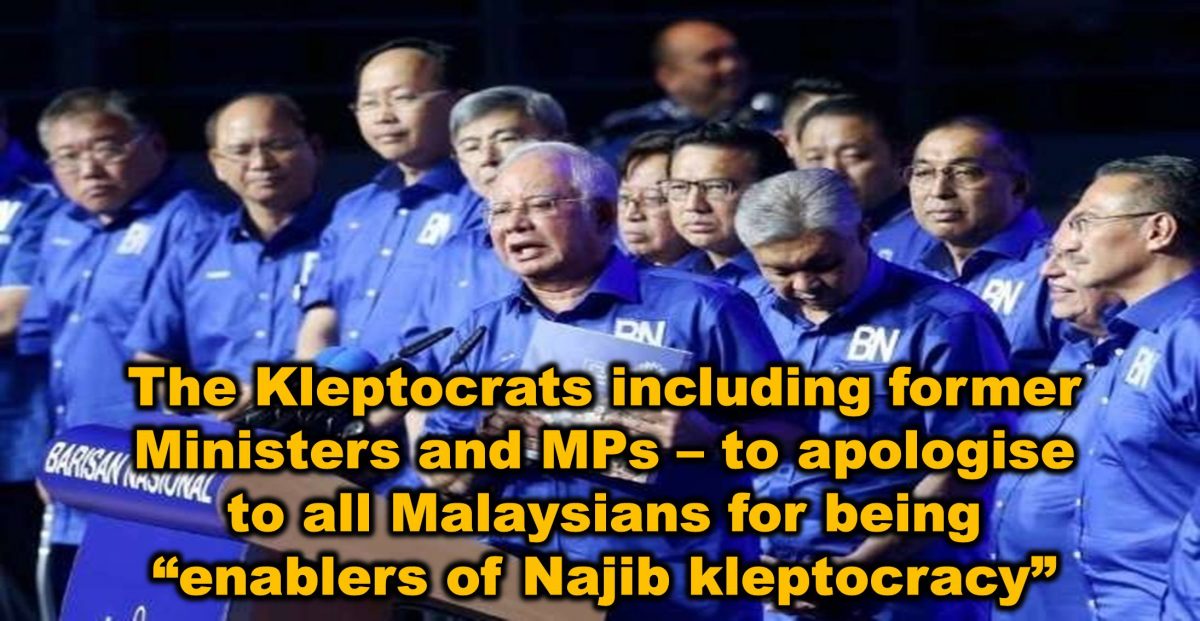 As a step closer to closure of the monstrous 1MDB scandal and kleptocratic Malaysia, two days left for all who had aided and abetted Najib in his kleptocratic rule – including former Ministers and MPs – to apologise to all Malaysians for being “enablers of Najib kleptocracy”. The monstrous 1MDB scandal and other 1MDB-like scandals in Felda, Felcra, Tabung Haji and MARA as part of a kleptocratic Malaysia is not any closer to a closure despite close to eight months of the historic decision in the 14th General Election for a peaceful and democratic transition of power in Putrajaya.

As a step closer to closure of the monstrous 1MDB scandal and kleptocratic Malaysia, there are two days left for all who had aided and abetted former Prime Minister Datuk Seri Najib Razak in his kleptocratic rule – including former Ministers and MPs – to apologise to all Malaysians for being “enablers of Najib kleptocracy”. Those in the frontline who had aided and abetted the monstrous crimes of kleptocracy in the Najib premiership, the enablers of Najib kleptocracy, were foremost the Ministers in the Najib Cabinet, the Members of Parliament in particular the Speaker of the 13th Parliament who helped Najib to suppress the 1MDB scandal and Najib kleptocracy from being debated in Parliament, the Barisan Nasional political leaders who had received 1MDB funds from Najib and the media practitioners who had taken part in a great propaganda camouflage to hide the 1MDB scandal and the kleptocratic regime from the Malaysian public.

They have two days to make a clean breast of their past as enablers of Najib kleptocracy, and to declare and demonstrate their regret and contrition for not standing up to the crime of global kleptocracy and failing the nation – or they will carry the cross of being enablers of Najib kleptocracy into the new year. It is a terrible indictment on what is left of the three Barisan Nasional coalition of UMNO, MCA and MIC as well their former political parties that in the past seven months – whether in Parliament or outside – none of them had conceded that the 1MDB scandal was a national catastrophe or repudiated Najib for the monstrous kleptocracy when he was Prime Minister, and to express their apologies and contrition for their role as “enablers” of Najib kleptocracy.

In this context, the recent appointment of Najib to the UMNO advisory committee is a clear sign of UMNO’s unrepentant role of its infamous kleptocratic past, and why the 1MDB scandal and Najib’s infamous record of kleptocratic rule must continue to be kept in the public limelight until the country develops a culture of “zero tolerance for corruption”. Everyone of the BN MPs, including MCA’s sole MP Datuk Seri Wee Ka Siong, had been tarred with Najib’s kleptocracy, and they have not repented. The same applies to the PAS MPs as well. In fact, in during the 50-day meetings this year of the 14th Parliament, not a single one of the Barisan Nasional MPs whether UMNO, MCA or MIC – and this includes the PAS MPs – had given a speech on the 1MDB corruption scandal, although it is the single biggest global scandal confronting Malaysia.

Can these Opposition MPs explain why? Furthermore, all political parties and politicians, including MPs of the 13th Parliament, should return to public coffers any funding and donations they had received from the 1MDB scandal. (Media Statement by DAP MP for Iskandar Puteri Lim Kit Siang in Kuala Lumpur on Saturday, 30th December 2018) 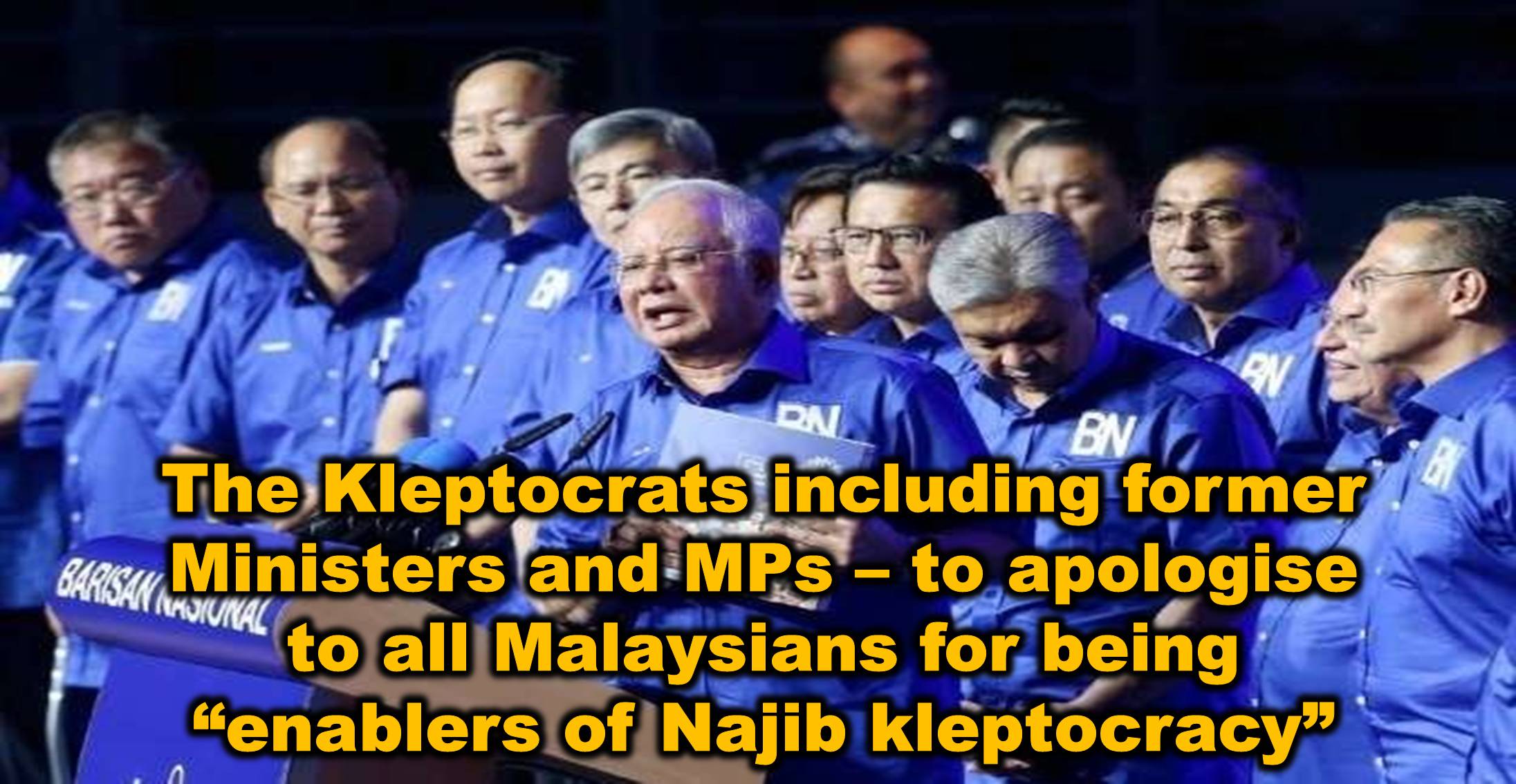