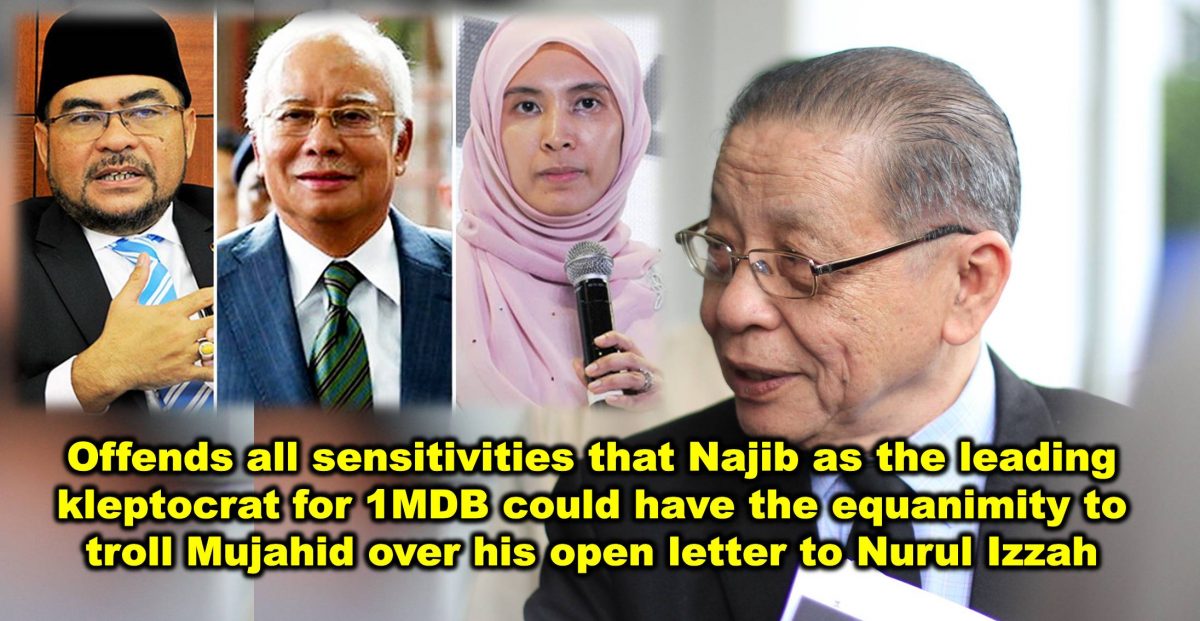 Offends all sensitivities that Najib as the leading kleptocrat for 1MDB and other 1MDB-like scandals in Felda, Felcra, MARA and Tabung Haji and who is facing 58 corruption charges with his wife could have the equanimity to troll Mujahid over his open letter to Nurul Izzah. The social media is abuzz with comments and fun over Datuk Seri Mujahid Yusof Rawa’s letter to Nurul Izzah Anwar who recently resigned from all her government and PKR positions, especially with the use of the poetic Malay term of “kekanda” and “adinda”.

Even Mujahid is enjoying himself, who purposely chose such a form of language to get his message across. But what jars the general merriment is the trolling by former Prime Minister, Datuk Seri Najib Razak. “Drama,” wrote the former prime minister. In a short post on Facebook, accompanied by his smiling picture, Najib asked: “How many nights have you not slept?” “If you still cannot sleep, read prayers invoking God to let you sleep in peace.” This trolling from the from the leading kleptocrat for 1MDB and other 1MDB-like scandals in Felda, Felcra, MARA and Tabung Haji and who is facing 58 corruption charges with his wife offends all sensitivities that he could have the equanimity to troll Mujahid over his open letter to Nurul Izzah. Najib has said that he had to borrow money in order to pay for his expenses and bail money for the 39 corruption and criminal charges with bail amounting to around RM6 million – not to mention the bail money for his wife, Datin Rosmah Mansor.

No sense of compunction or contrition that under his tenure, Malaysia suffered the infamy, ignominy and iniquity of a global kleptocracy – which is what is premiership will be associated with and remembered by. Yet he claims to have the peace of mind and equanimity about sleeping, to the extent he could offer Mujahid advice how to have peace of mind. Najib is really taking Malaysians as numbskulls and nincompoops! 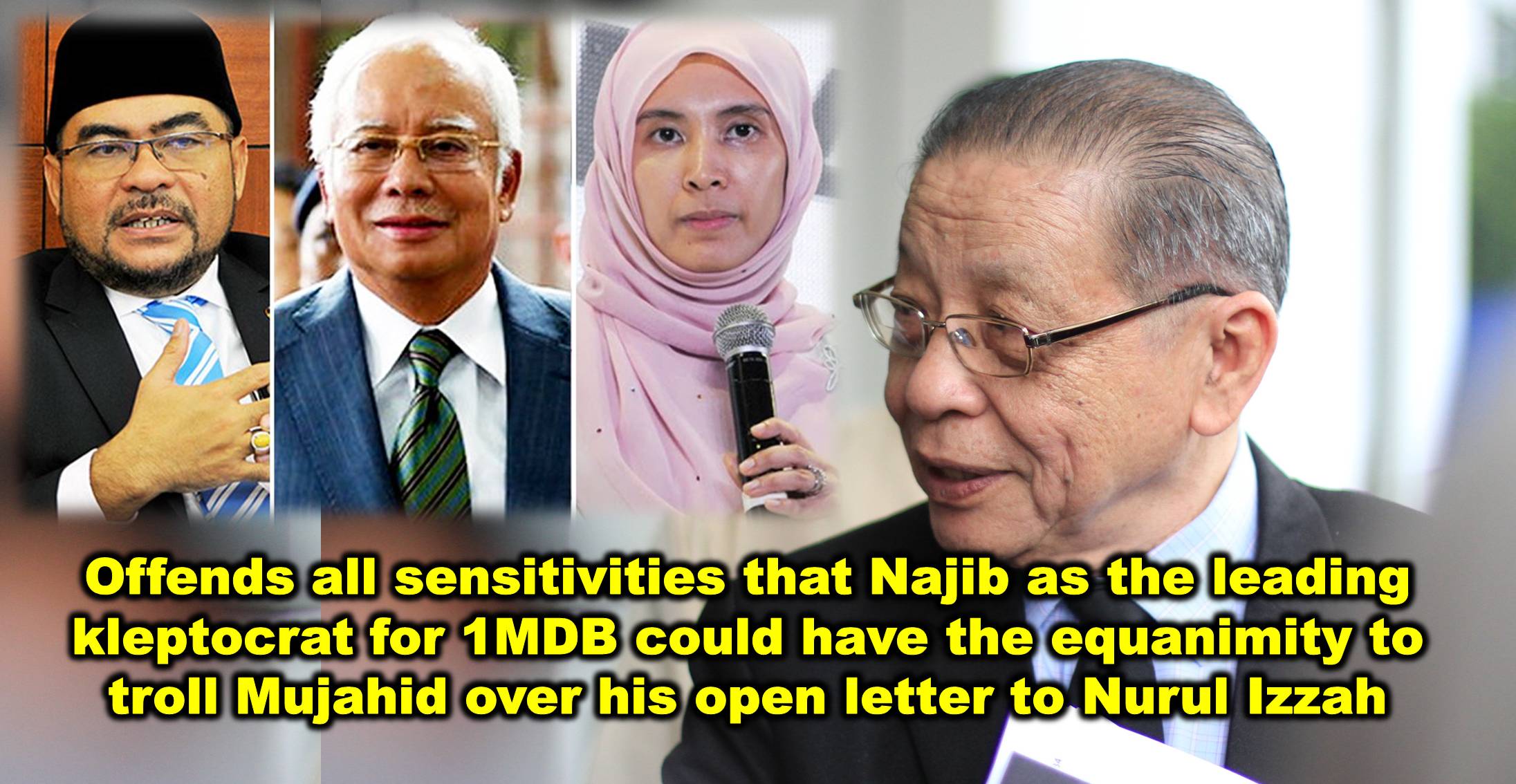