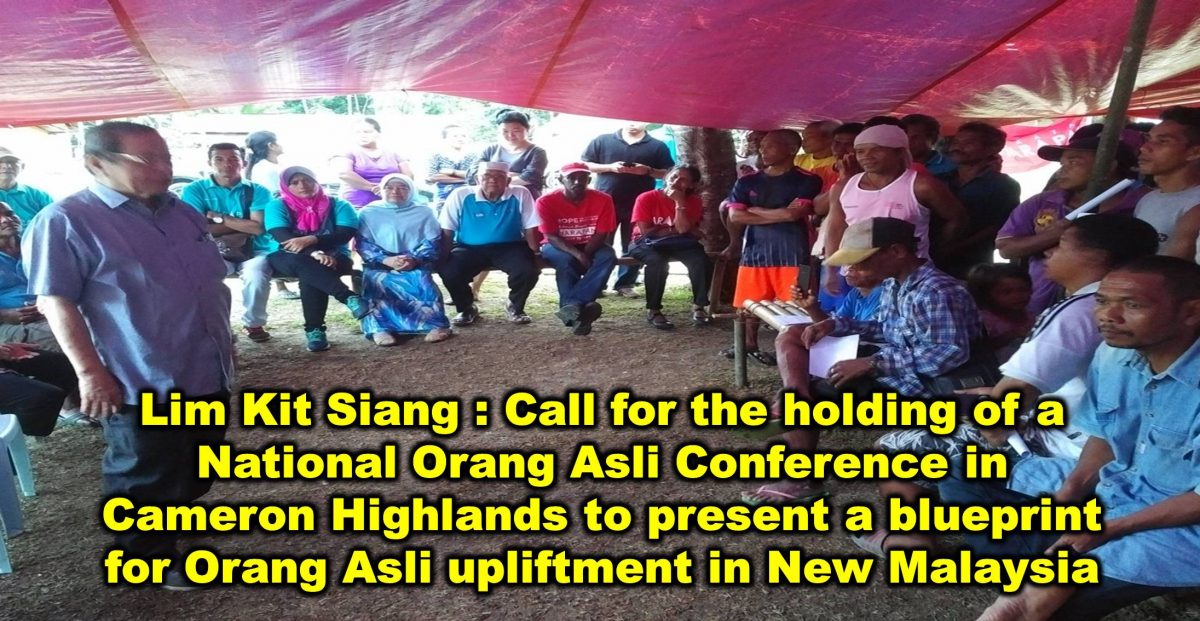 The Cameron Highlands by-election will be historic for many reasons. It will highlight the Pakatan Harapan’s commitment as expressed in the May 9, 2018 decision of the 14th General Election to save Malaysia by transforming Malaysia from a global kleptocracy into a leading nation of integrity. It will be the first by-election caused by the commitment of Orang Asli to a clean and incorruptible government, electoral integrity and hatred of electoral abuses including corruption and money politics. Corruption, money politics and electoral offences took place all over the country, but such electoral offences had been allowed to take place with impunity and immunity until the Orang Asli from Cameron Highlands took a stand with several of them becoming key witnesses in the election appeal which led to a Cameron Highlands by-election.

The victory in the Election Court resulting in the holding of a by-election on January 26 demonstrates that Orang Asli, like the Malays, Chinese, Indians, Kadazans and Ibans also want change in the national political system where every Malaysian citizen can enjoy justice and fair play. The by-election will be an opportunity for the Orang Asli in Cameron Highlands – which is the parliamentary constituency with the most number of Orang Ali voters, followed by Tapah and Gua Musang – to set the historic pace for the 200,000 Orang Ali in the country by holding a National Orang Ali Conference to formulate a blueprint for the upliftment of Orang Asli community in Malaysia. This National Orang Asli Conference must be decided by the Orang Asi leaders, and the idea should be discussed with JAKOA (Jabatan Kemajuan Orang Asli) and the Orang Asli NGOs.

I appoint the Deputy Minister for Water, Land and Natural Resources, Tengku Zulpuri, DAP MP for Bentong, Wong Tack and the former Pakatan Harapan parliamentary candidate for Cameron Highlands, A. Manogaran as members of a panel of advisers to explore with JAKOA and Orang Asli NGOs on the.possibility of holding such a National Orang Asli Conference. 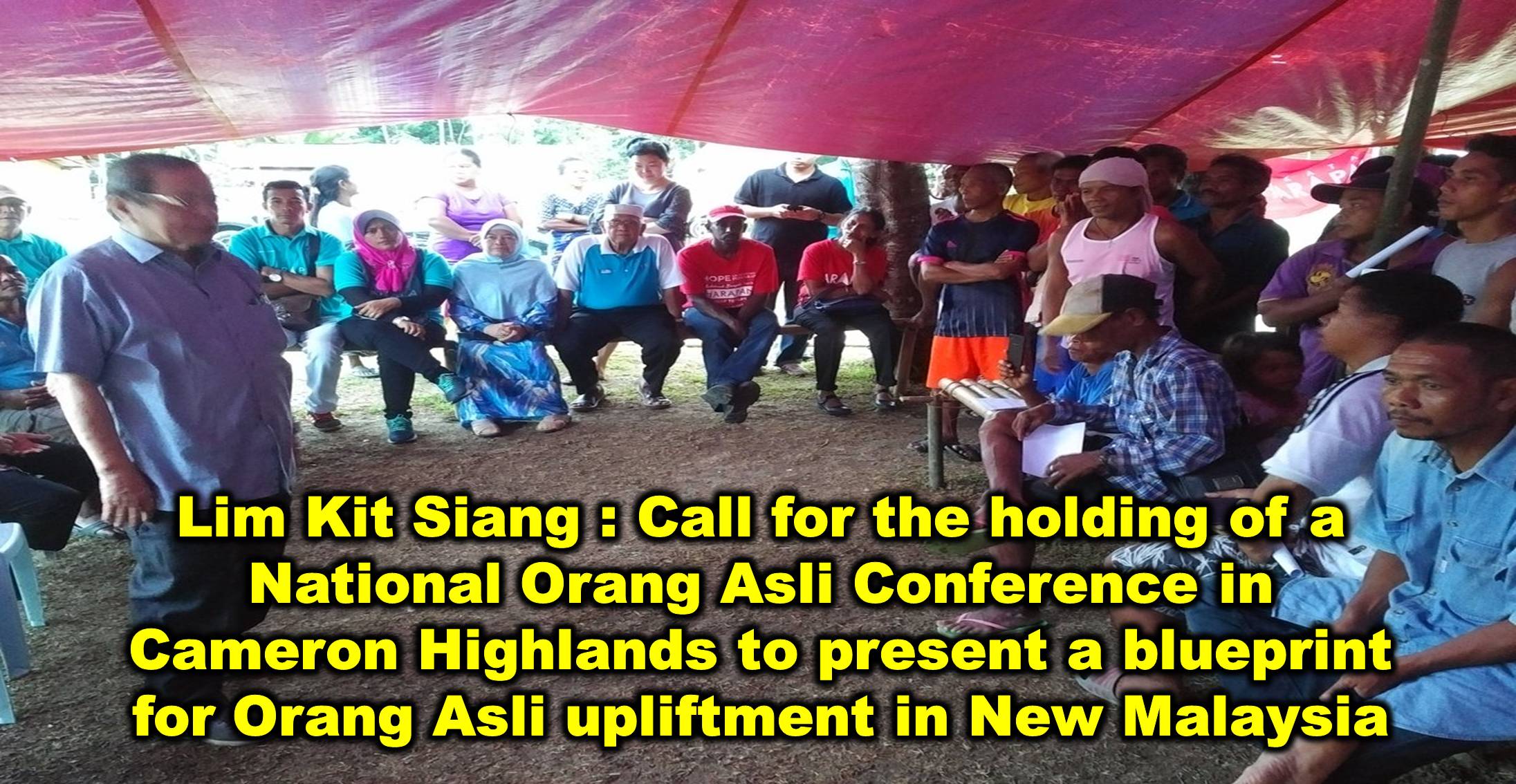