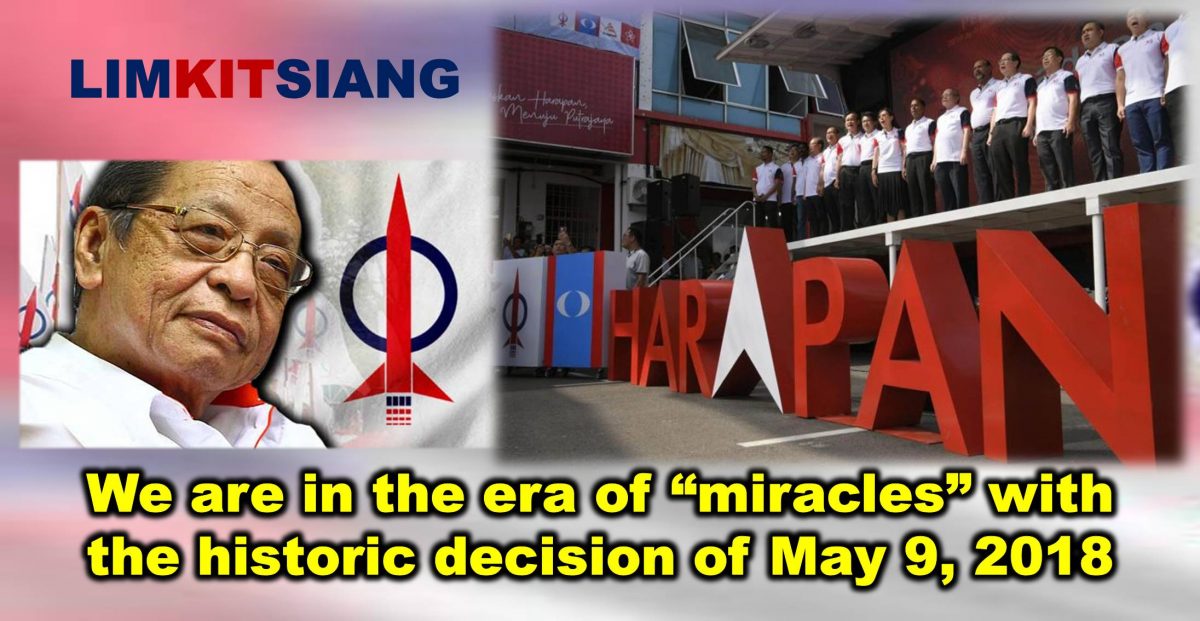 DAP and Pakatan Harapan will be the underdog in the Cameron Highlands by-election on January 26, 2019 and it will be a miracle if DAP/Pakatan Harapan can win but we are in the era of “miracles” with the historic decision of May 9, 2018 so we must dare to dream and work for of another miracle next month. The very fact that we are gathered here in Kampong Orang Asli Simoi Lama, Pos Lenjang, which is not planned as all of us should be in different places at this time whether in Bentong, Kuala Lumpur or Petaling Jaya to ring in the 2019 New Year in New Year Eve celebrations is probably Almighty’s unfathomable ways of highlighting the plight of the Orang Asli in Malaysia sixty years after Merdeka.

It is no exaggeration to say that the Orang Asli community, the first inhabitants in the country, have become the most neglected community in the country after six decades of nation-building and it is time that all Malaysians from all communities and religions should unite as one powerful force to uplift and catapult the Orang Asli community into the 21st century and wipe out this shame and blot on Malaysia’s development history. We are in the age of Internet where information travels at the speed of light – but from here, we are completely cut off from the outside world, as we cannot communicate with anyone outside this kampong. I hope we can leave tomorrow, which means we will spend a night here, but the Semais live here for generations in this condition. The Semais are cut off from the outside world, where they cannot get access to the most basic necessities which they are entitled to as citizens of Malaysia, whether in medical aid, educational and economic opportunities, basic infrastructure facilities of clean water and electricity, and most important of all to them, land rights.

This is indeed a great shame for Malaysia which boasts as a modern developed country – and we should all support an Uplift Orang Asli blueprint which will catapult the Orang Asli communities from the stone age into the modern information era. I want to thank in particular Jimmy Wong, Lee Khai Meng and Tam Kar Lye and the Unit Tindak Team for this trip to Pos Menson, Pos Betau, Pos Sinderut, Pos Lenjang and Pos Titom and the opportunity to visit some ten Orang Asli kampongs in the area. Crossing the Sungai Jelai river at Kampung Simoi Lama by driving through it, despite its strong current, to reach orang asli villages in Pos Lenjang and Pos Titom will always be a highlight of this trip, as Jimmy had half-jokingly said when we were crossing the river that if we lost control and were swept away by the current, we would end up in Lipis. New Year’s Eve here in Kampong Orang Asli Simoi Lama is special, not only because it is unplanned by man and we are in a place where time seems to have stood still, as it provides an occasion to reflect on the larger questions of the meaning of life and about the tectonic changes that have taken place not only in Malaysia but to the human race outside Kampong Simoi Lama.

Although we are a small group here tonight, we have Chinese, Malays, Indians and Orang Asli. We have Muslims, Buddhists, Christians, Hindus and animists. We are a microcosm for multi-racial, multi-religious and multi-cultural Malaysia. Malaysia’s future lies in breaking away from the vicious and toxic politics of racial and religious polarisation, using lies, hate and fear to divide Malaysians, which is the great threat to modern Malaysia. I am the most demonised politician in the country for the last half a century, variously defamed as anti-Malay, anti-Islam, anti-Indian, anti-Chinese-educated Chinese, anti-English-educated Chinese; cause of May 13, 1969 riots in Malaysia as leader of illegal and anti-Malay processions in the streets of Kuala Lumpur when I was never in Kuala Lumpur; a communist, a relative of Chin Peng; a quadruple secret agent serving the CIA, KGB, M16 and the Australian Secret Service; a multi-billionaire who had received RM1 billion each from Dr. Mahahir Mohamad and the Israelis.

Previously alleged that I would be Prime Minister if Pakatan Harapan wins the 14th General Election; now accused of being the “real power” in the Pakatan Harapan government in Putrajaya with Mahathir, Anwar, Azizah, Azmin, Mat Sabu as my puppets under my thumb, and a long list of other wild and bizarre allegations. In my life, I have never said or done a single thing which could be construed as anti-Malay or anti-Islam as Malaysia can only be a top world-class nation if we leverage on the assets and best qualities of the diverse races, religions and civilisations which meet in confluence in Malaysia to build a new civilisation for the world. This cannot be achieved by being anti any race, religion, culture or civilisation in Malaysia, but only through an inclusive approach which adopts the best from the different races, religions, cultures and civilisations which meet in Malaysia to build a new civilisation for the world.

DAP has been accused of being anti-Malay and anti-Islam, which is completely baseless as DAP was founded 53 years ago to be a party not for anyone race or any one religion but for all Malaysians, whether they are Chinese, Malays, Indians, Kadazans, Ibans or Orang Asli, whether they are Muslims, Buddhists, Christians, Hindus or Sikhs. I have never been anti-Malay or anti-Islam. In fact, I have a sister before I was born who was given away to a Malay family in Batu Pahat. I do not know whether she is still alive but it will be great if she is still alive and to be able to meet her. For the immediate present, we are confronted with the challenge of the Cameron Highlands by-election, as the dates for the nomination on 12th January and polling on 26th January had been announced by the Election Commission. Cameron Highlands had always been one of the “fixed deposit” parliamentary seats of the Barisan Nasional in the past six decades.

We had won the majority support of the Chinese and Indian voters in the 14th General Election but secured only minority support from the Malay and Orang Asli voters. The Pakatan Harapan’s challenge in the Cameron Highlands by-election is to maintain the support of the Chinese and Indians voters on the one hand, while increasing the support of the Malay and Orang Asli voters until we could cross the majority mark by one or both of these two groups. If we can do this, then the DAP/Pakatan Harapan by-election workers in the Cameron Highlands will be “miracle-workers”! Let the DAP/Pakatan Harapan “miracle-workers” get to work! 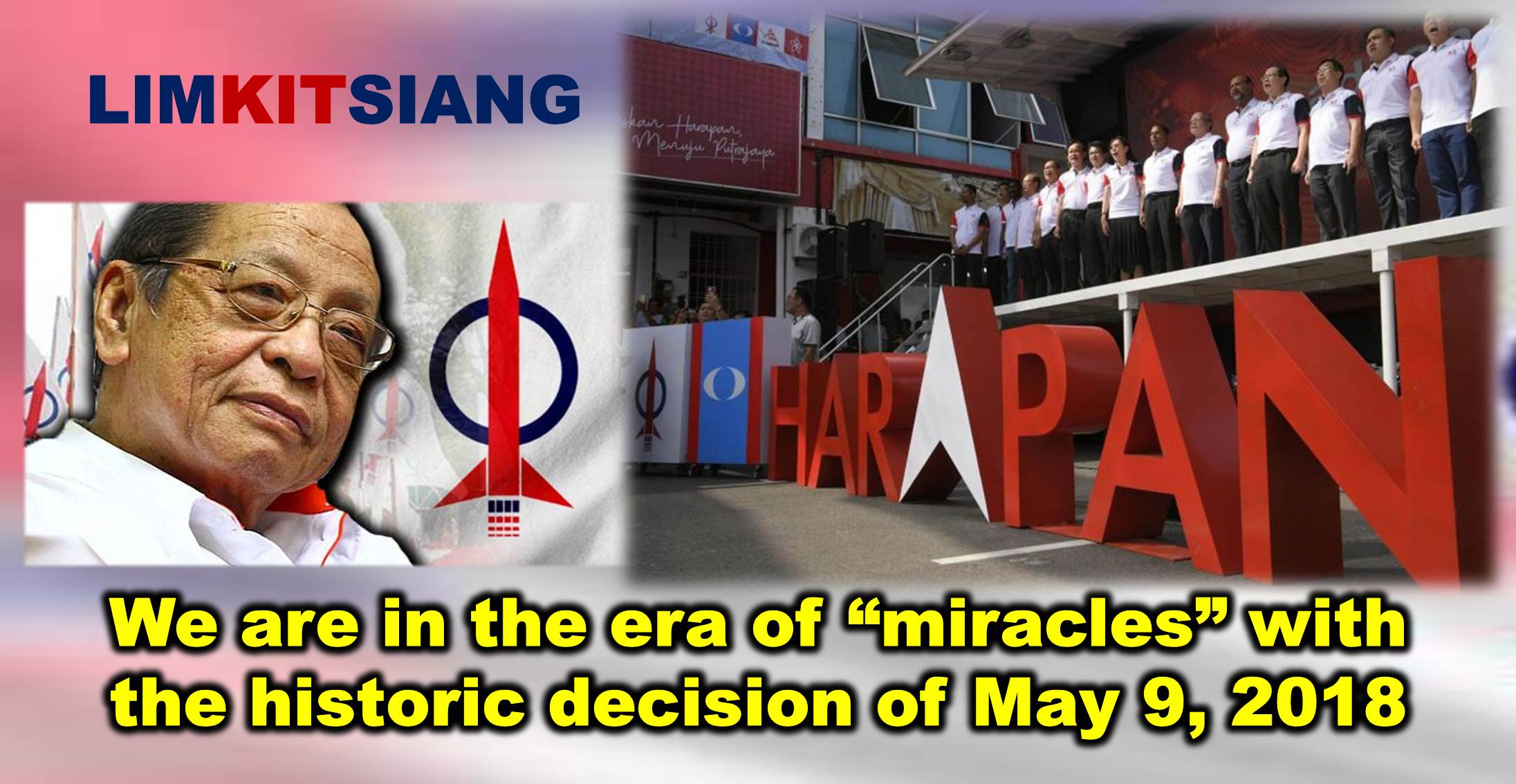 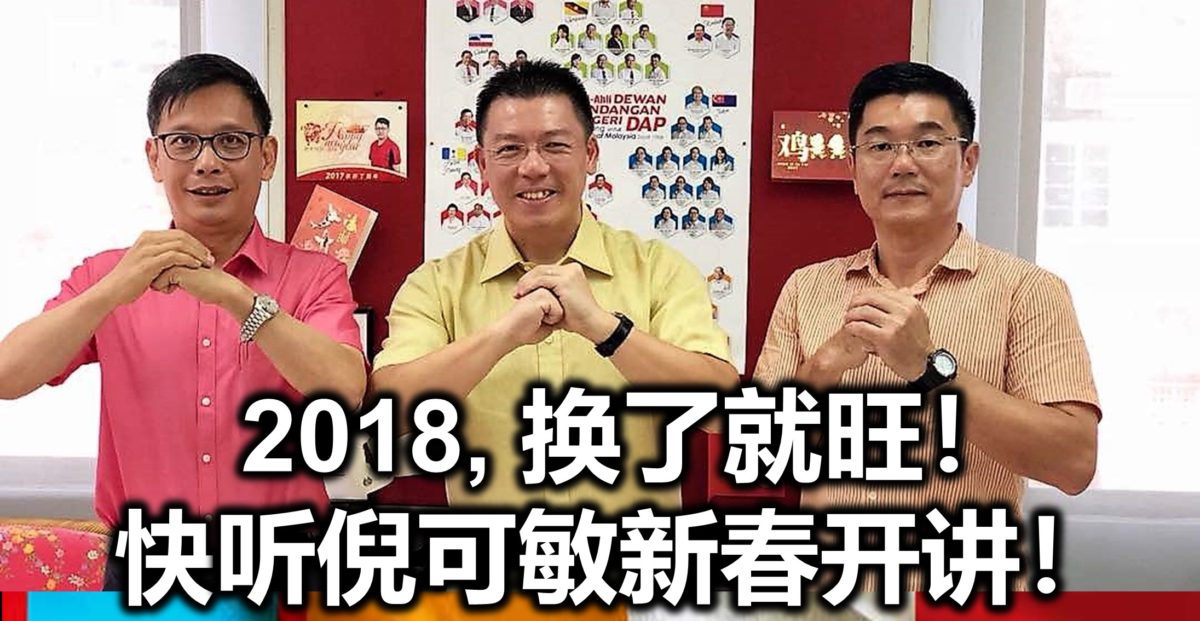