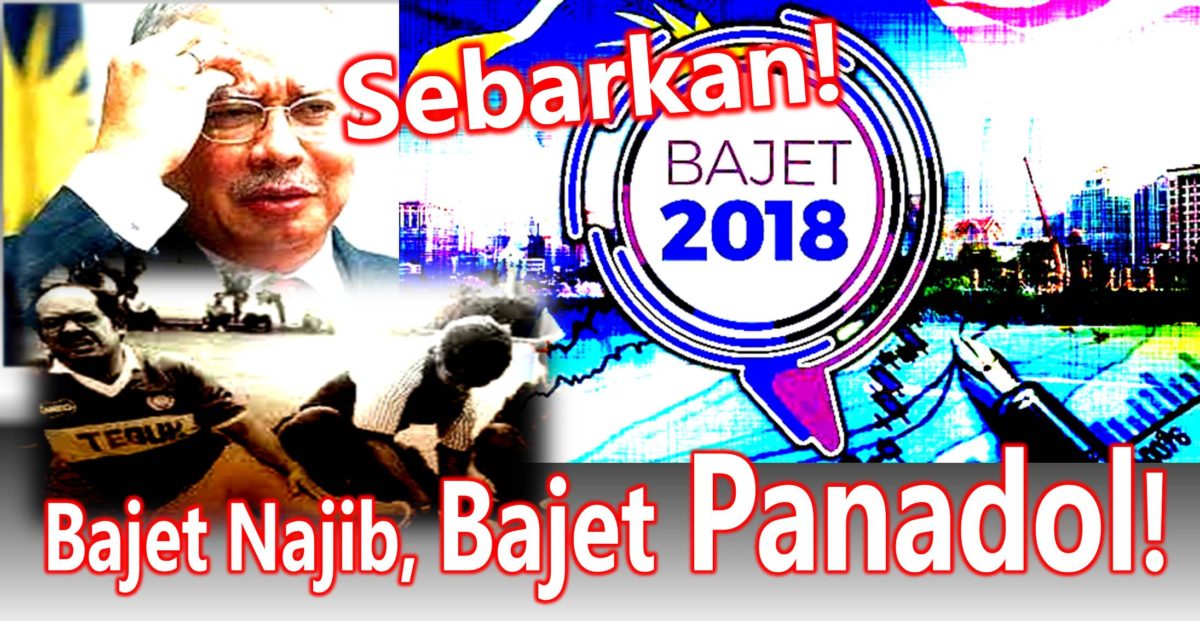 Despite 2 years after the implementation of the Goods and Services Tax, Budget 2018 projects increasing reliance on income taxes

Dato’ Seri Najib Razak proudly announced that the projected budget deficit for 2018 will be 2.8% compared to 3.0% expected for 2017.

However, this target is to be achieved not via more prudent spending but significantly higher government revenue collection. As previously expressed by the Prime Minister, his administration has been “saved” by the implementation of the Goods & Services Tax (GST).

The GST is expected to contribute RM41.5 billion to the treasury coffers in 2017, and further increase to RM43.8 billion in 2018. This compares against income from Sales and Services Tax (SST) last collected from Malaysians in 2014 which amounted to RM17.1 billion.

However, despite the massive increase in Government revenues resulting from the GST, there was no reprieve for individual and corporate income tax payers. In fact, it has become increasingly painful for Malaysian income tax payers.

The above increases in individual and corporate income taxes are disproportionately higher than the 4-5% economic growth rates for Malaysia.

The above lends credence to the widespread discontent against the Inland Revenue Board (LHDN) for their heavy-handed tactics in squeezing substantially higher tax contributions from individuals and businesses. Some have even termed LHDN’s tactics as “tax terrorism” by demanding, with hardly any room for negotiation, backdated taxes of up to 10 years.

The above Budget proved that the Najib administration has not seriously implemented policies to impose prudence in spending. Instead, it is relying almost entirely on increasing taxes to balance its books instead of cutting wastage, eliminating corruption and reducing the cost of government.

In addition, the operating expenditure as a proportion to total expenditure continued its increase to 83.6%, the highest in Malaysian budget history.

Dato’ Seri Najib Razak’s 2018 budget speech, like the year before, was littered with political sniping and peppered with a litany of election year goodies. It contained no meaningful reforms in economic policies and institutions to end corruption and wastage.

The 2018 Budget only served to prove the widespread fears that as long as there are no such serious reforms in place, ordinary Malaysians will be forced to bear increasing higher tax contributions – whether it is via the GST, individual or corporate income taxes.