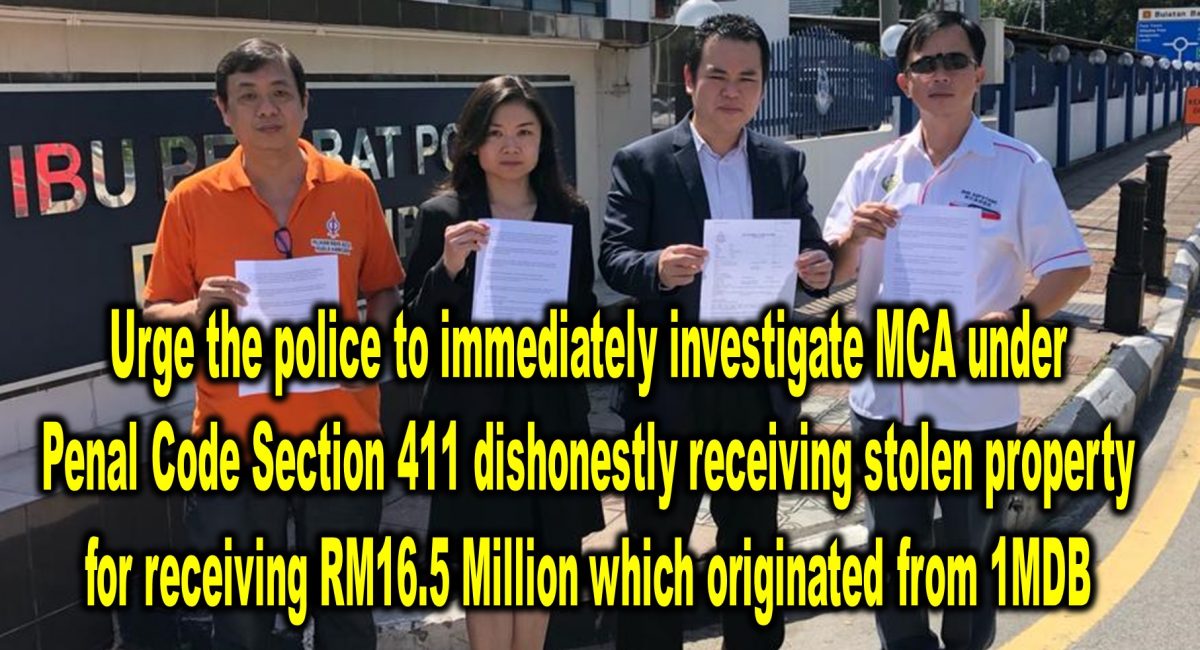 Under Penal Code Section 411, whoever dishonestly receives or retains any stolen property, knowing or having reason to believe the same to be stolen property, shall be punished with imprisonment for a term which may extend to five years or with fine or with both. Wee Ka Siong as the MCA President currently had knowledge that the RM16.5 Million received by MCA in 2013 was stolen funds from 1MDB thus should not retain the money anymore.

Should Wee Ka Siong refuse to return the money and continue to retain it, he can be investigated under Penal Code Section 411. I urge Wee Ka Siong to immediately return the money to 1MDB as the money belongs to the people and MCA has no reason and moral ground to retain the funds. Media Statement by Chong Zhemin State Assemblyman for Keranji and DAP Perak Publicity Secretary at Ipoh IPD on 9th Jan 2019. 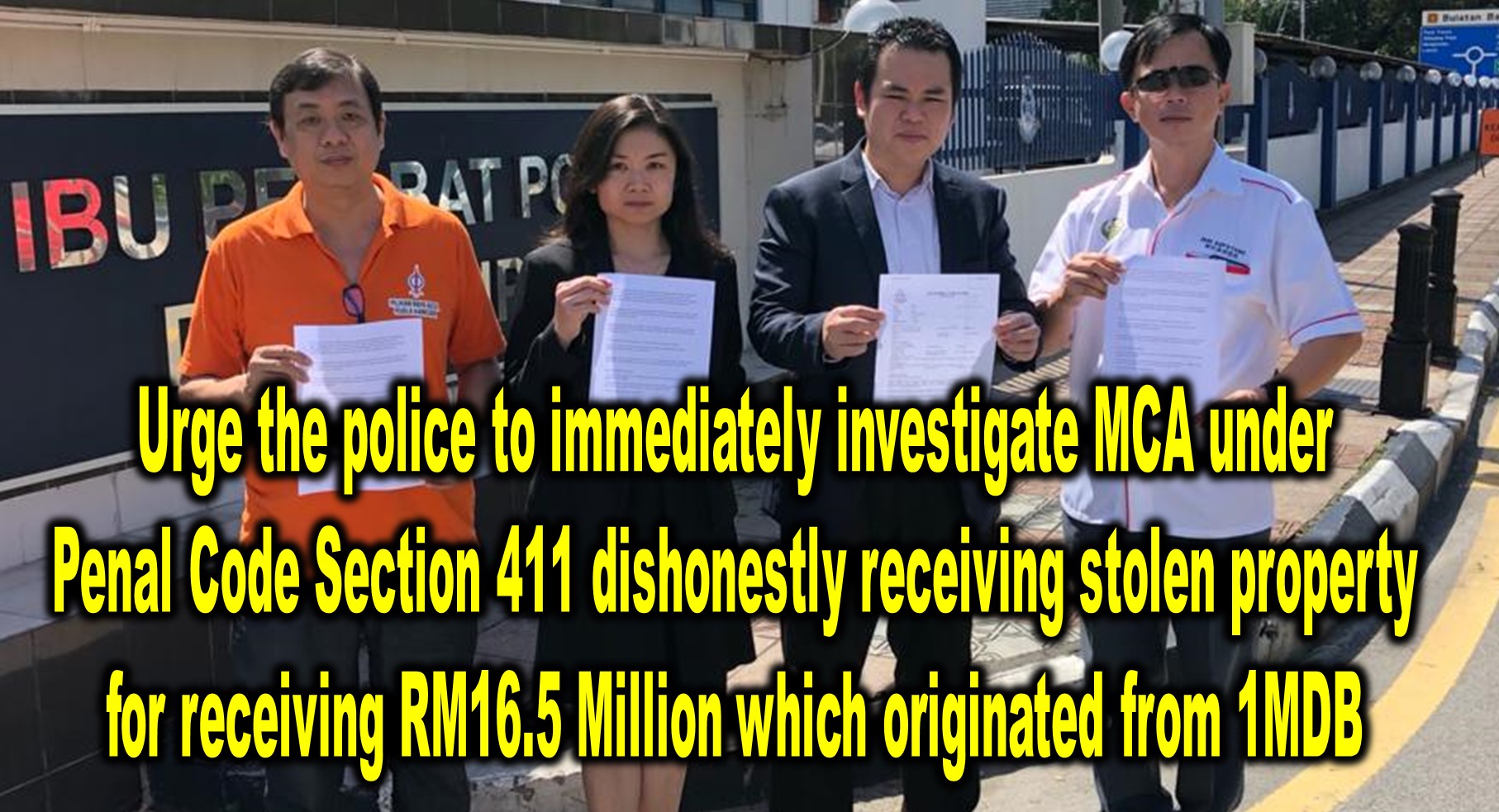 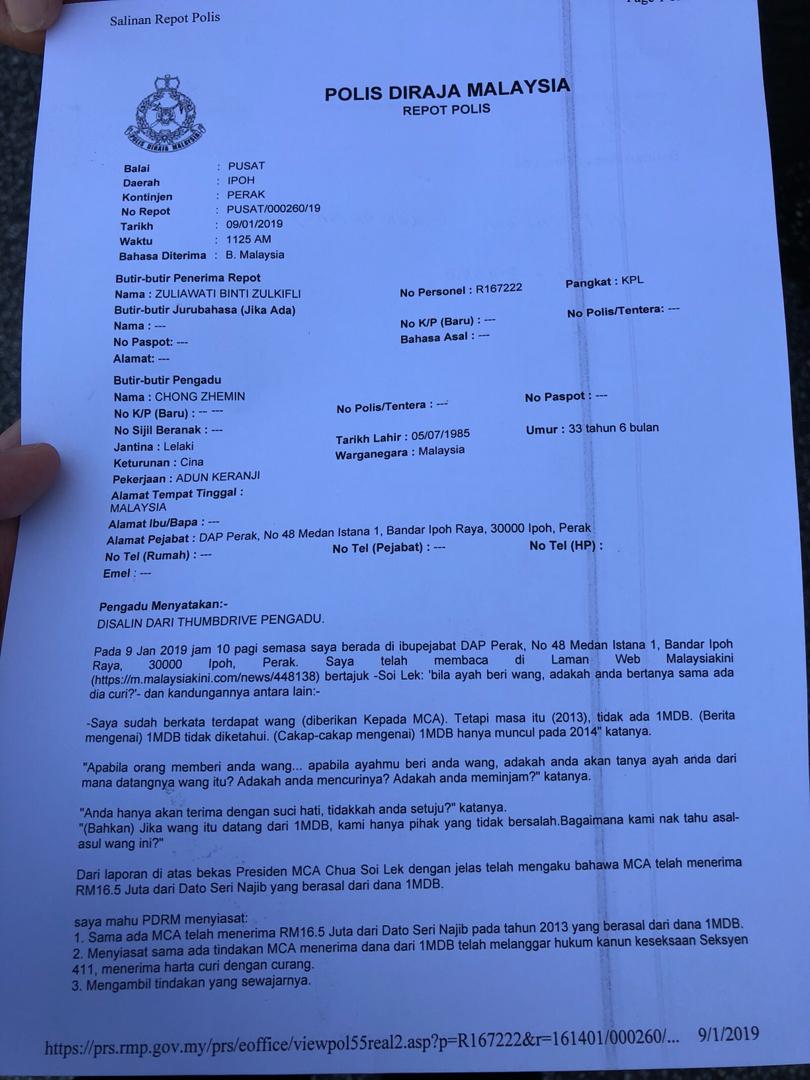